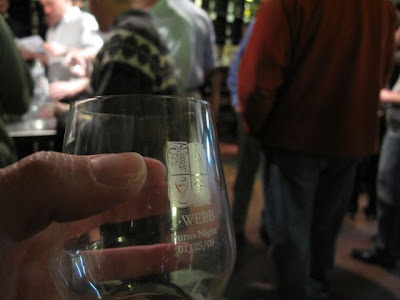 We've all had those moments in our jobs where we want to run screaming from the building, hands pulling out hair, and screaming obscenities.  Okay, maybe I'm the only one.  Last week was one of those weeks.  Drowning in dishes, snotty noses, laundry, and baby food I very nearly did run from the house.  Lucky for my kids, I know I'm better than child services, even in my frazzled state.  Two things kept me going - the new laptop Hubby bought me and the promise of a date night for Robbie Burns Day.
Months ago I'd signed us up for a scotch tasting event for Robbie Burns Day.  Technically there is some Scottish in Hubby, although you wouldn't know it.  He isn't a crazy Scot, just a little wonky.  Last week I was the crazy one and a lot of Scotch was going to help me get over it.  This was not a night for the girls. 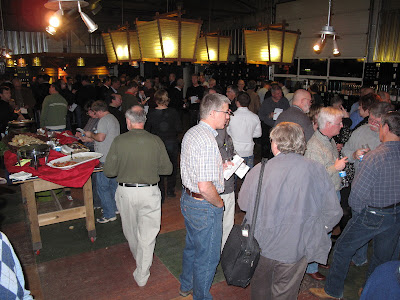 The event was hosted by J. Webb Wine Merchants.  Conveniently we live only a few blocks from their flagship store so we are familiar with Lee and the folks who run the joint.  Their first Burns Night saw them bring in a number of scotches all made by independent bottlers.  These are scotches distilled by certain owners who then sell their casks, in all or in part, to bottlers.  Having generally stuck to certain distilleries in our scotch adventures in the past it was a somewhat welcome change.  Only somewhat because most of the scotches on hand were milder than what we generally like.  It was an interesting comparison nonetheless.
And yes, there was haggis and the requisite crusty Scotsman in a kilt reciting Robbie Burns.  We loaded up our plates with a good portion of haggis, some oatcakes, gravlax, and a wonderful strong cheddar.  Being the adventurous eaters we are, there was no hesitation in tasting the haggis.  It smelled like a combo of meatloaf and pate, and tasted as such.  Considering what it looks like - cooked in a pig's stomach and all - I chose not to photograph it for here.  No great complaints, but I wouldn't gush about it.  I'd rather have a Valbella pate. 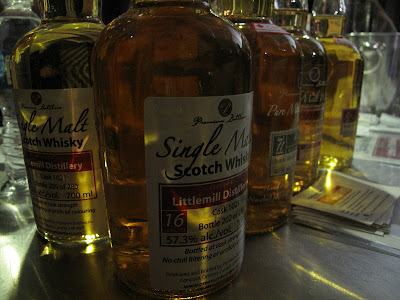 All was going well until one of the presenters suggested that it was very Scottish to pour scotch on your hagggis.  Let me tell, that was a bad idea.  It took a beer from the Wild Rose Brewery to take that nasty taste combination out of my mouth.  Leave good scotch alone and we'll all be happier.  As was I at the end of the night.
Posted by Cheryl Arkison at Tuesday, January 27, 2009

Sounds like fun - I don't like whisky at all so the thought of putting it on haggis leaves me pretty cold too.

I've definitely had days that make me crazy, too! I usually fantasize about being a mail carrier until it passes.