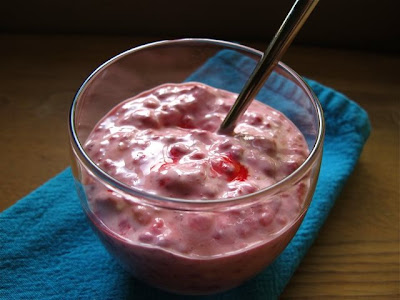 It's been a rough, rough couple of weeks in the Arkison household. Give us a few more weeks and we should be back on track.
This week, however, as been for snuggles, rest, and comfort. But a family can't live on ice cream alone. Is there any other summer comfort food? The other day I was desperate for a peach, I wanted the juice to drip off my chin and the scent to tickle my nose with summer pleasure. Of course, that might have had something to do with the fact that we were driving through Peachland on our way home from a funeral.
In sharing with a friend she mentioned that the only way to get through times like this is day by day, then season by season. As a food obsessed kind of gal, seasons are a strong marker in our lives. We eat by the seasons, therefore we live by the seasons. And I'm someone who is hard pressed to actually pick a favourite season (although I usually answer winter, when asked.) So as we recover from the latest round of flurries to the solar plexus I sought comfort in summer.
This is my Baba's raspberries and cream. Smilosaurus called it ice cream and The Monster declared she didn't like it. To me it was my Baba's old people smelling hug in a stifling house, arms covered in scratches from the raspberry canes. It was the weeks in the summer we were sent to Saskatchewan, which we hated at the time, but now I cherish. It was family, it was generations, it was summer treats.
Oddly, I used frozen raspberries for this. It was what I had. And, to be honest, it was what we usually used if it wasn't that exact berry season.  Strawberries work equally well. If you are using frozen berries, thaw first and drain off excess juice. Baba usually used regular white sugar, but I like mine with brown for that punch of extra flavour.
Berries and Cream
Equal parts mashed berries and sour cream or farm cream
Sugar to taste.
1. Stir together. Eat. Be comforted.
Posted by Cheryl Arkison at Friday, July 30, 2010

Beautfiul. Loving. Thanks for sharing your heart and a fabulous generational recipe.
(Found this post through Aimee's tweet)

A lovely tribute to your grandmother. Eat. Be comforted.

Interesting how "granmother" memories revolve around fruit. For me too: perfectly canned quarts of peaches neatly arranged in the little closet under the stairway to the basement, and the best cherry pie. I have raspberries in my fridge and I'll make this recipe in honour of your and my grandma. Sorry your trip to the Okanagan couldn't be a more happy occasion. Take care.

What a lovely tribute and fantastic memory. I'm really very sorry to hear of your loss.

Wonderful. I'm so making this. I still have foods (and even aromas) that bring me back to my grandma's house. Happy memories.

My sister does something with the same ingredients (strawberry version). Take a whole strawberry, dip in sour cream, then dip in brown sugar. Yum!