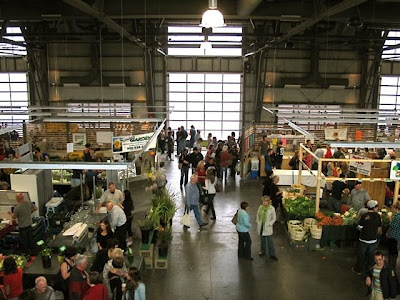 Scaling the steps and the crowds of the Halifax Farmers' Market in the Alexander Keith's Brewery is where I turned into a farmers' market regular. The stone hallways, dark corridors, over-crowded landing spaces, the cacophony of vendors and buyers, and the refuge of steps where I ate my noodles at the end of the trip combined to make a comforting and chaotic shopping experience.
Every Saturday in University I would empty my forest green Eddie Bauer backpack, leftover from high school, and make my way from one end of the peninsula that is Halifax to the other. I could only fill that backpack, using student transportation - my feet - as I was. Except in the fall when a pumpkin was in order. On those days I would carry my pumpkin in front of me, a harbinger of pregnancy much later in life. 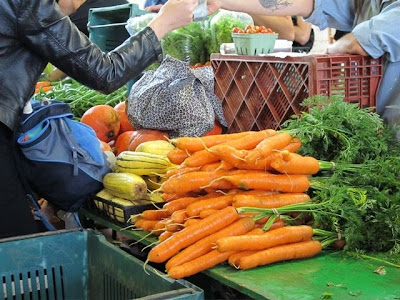 There was the Polish spot where I could get some garlic sausage and a pretty passable pyrohy. One man selling mushrooms from his dark barns. The 50 cent piece of maple fudge I got every week. My loaf of bread, always purchased last, even though it meant backtracking. (Walking the market was like walking in IKEA, minus the arrows on the floor.) And I always ended where I could buy brioche and apples. The eggiest of brioche and the most wonderful apples that 14 years after leaving Halifax I desperately miss.
It was with more than a little nostalgia that I planned a market visit on our recent trip to Nova Scotia. We were staying at the Westin, right across from the recently redeveloped Seaport area. I thought it was just the cruise ship terminal and Pier 21. The signs for the farmers' market thoroughly confused me.
Halifax Farmers' Market is the oldest market in North America. And these signs were proclaiming that. But it was for the Seaport market. What about the Brewery? A little digging turns out that the new market is the old market, just moved, but the Brewery Market is still open. Confused? I was, so I committed to checking out the new market. 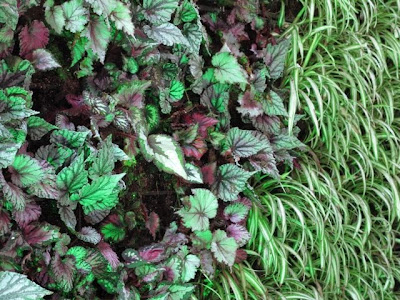 The completely updated Pier 20, located right next to the cruise ship terminal, housing the Halifax Seaport Market is a green building. Solar panels, windmills, and a garden on the roof And a living wall inside plus geothermal heat make it a very green building. A large open space, divided into the main floor and a second floor loft make up one immense shopping area. 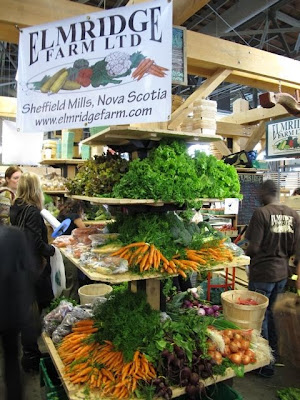 There is still the cacophony of sound, and the crowds were even more ridiculous than in the Brewery, but the energy was not lacking. Nor were the vendors. Four long rows of vendors selling seafood, meat, fruit, cheese, tea, crafts, coffee, wool, jam, bread, vegetables nearly to the rafters, and a unique Nova Scotia kindness as you walked by. Not a single fruit reseller to be seen, and a lot of dirty fingernails on the folks passing you your change. 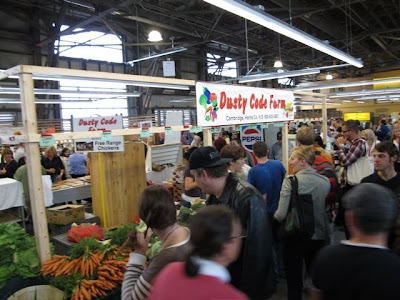 I spoke to a few of the vendors about the move, the ones I can remember from 14 years ago or from more recent trips to Halifax. They said it was certainly an adjustment, but they were happy with the move. They were already seeing more sales at the new market because there were bigger crowds and accessibility was easier. Some maintained a presence at both markets - the Brewery Market is still open and now competing with the Seaport market, only blocks away. One vendor, though, confided that the new market was better and they were going to give up the old one.
It will take some time to settle into the new space. They need another ATM or two, better power hook-ups for vendors, and eventually they will be open more days of the week (only Saturday for now). Judging from the crowds, however, Halifax has already warmly welcomed the new space. 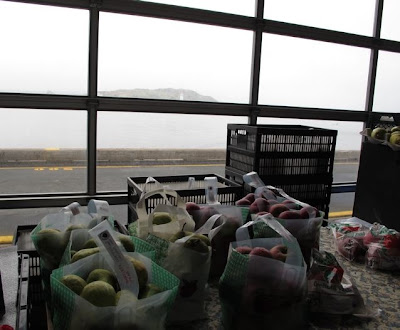 As for me, I was sad to miss my beloved russet apples (too early in the season). A few samples of wine and scotch from Nova Scotia made up for that. So did people watching from the second story loft while I munched on the best dolmades I've ever had and a fine baklava from competing Lebanese and Egyptian vendors. Then there was the delicate seaglass necklace I found and the aptly names Dragon's Breath blue cheese I carried home on the plane. I'll admit that did miss the mysterious corridors of the Brewery, but not enough to complain. And the new market was enough to make me renew my fantasies of moving back to Halifax.
Posted by Cheryl Arkison at Tuesday, October 19, 2010

Stunning! I can't wait to go to Halifax.

Great to hear a report from the new market. When I was living in halifax two years ago I did a story on it, and it was supposed to open that summer - right! It's interesting that the old market is still open, I wonder how long that will last. I was there last summer, love that place - lots of memories.

Wow! I stumbled upon your site from Tastespotting and was impressed I found a Canadian baker. Imagine my surprise when I see your Halifax pictures. I am lucky enough to enjoy the market as often as I like :-) Love your posts!!