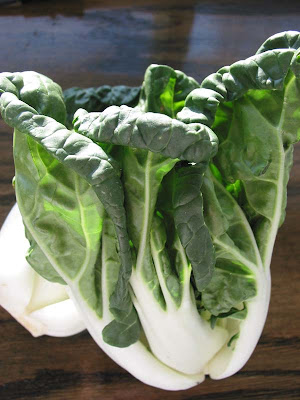 There are sleep regressions well documented for babies and toddlers (and we know all about them lately), but are there eating regressions?

The Monster's voracious appetite was called into question lately. A few bites of her dinner and then on to playing with her placemat or milk. A couple of rounds of Itsy Bitsy Spider and The Alphabet Song and she declared herself done with dinner. While this makes for a loud and entertaining dinnertime, it frustrated us because a half hour later she asked for a snack. She wasn't proclaiming the food bad, just that she was done eating. What were we to do?

It turns out that feeding her is the thing to do; actually putting the food on fork and directing it to her mouth. Happily she lets herself be fed bite after bite of food she seemingly didn't want. This from a girl that downright refused to be spoon fed once her fingers discovered how to pick up food and shove it in her mouth.

In the past week we shared dinners of spicy Tex Mex beans and avocados, moose chili, and stir fry. She ate more meat than she's eaten in a month with us feeding her. And she very happily ate the rice and baby bok choy from the stir fry the other night. She's never happily eaten rice before.

The baby bok choy was a taste adventure for her and a cooking adventure for me. It's been years since I made it, stir fry taking a backseat in my repertoire for some reason. It was a weekly staple in my univerisity and early co-habitating days. On Sunday I couldn't resist the bright green and white crisps, knowing they would taste fantastic with a load of garlic and ginger. There was some leftover pork tenderloin to add and a few carrots and peppers to round out the dish.

The Monster ate one pepper and carrot, then declared herself done. Uh uh, little one, you need to eat more than that. So, after she serenaded us, Hubby started loading up the fork. Bite by bite she ate it all, even declaring the slightly spicy stir fry yummy. Did she know she was eating anything new? I doubt it, but I'm happy she ate it.

My only question is this, how long do we have to keep feeding her? Little Miss Sunshine started solids this week so I don't want to spoon feed two kids.
Posted by Cheryl Arkison at Thursday, November 06, 2008

We had that with our youngest. Infact on occasion he still does it now, he was 4 in August. Sometimes I feed him, even then he can say he's too tired to eat. Sometimes I threaten to take his toys to the charity shop if he doesn't stop messing about. I only do this because I know he's playing us and I know his personality, not sure it would work with anybody else.

I'm about to trawl your blog looking for your brownie recipe!!

Not to be an alarmist, but my son used to love to eat baby bok choy until one day an almost whole one slide down his throat. Thankfully my quick thinking hubby saved the day by using the heimlich maneuver. BE SURE TO CUT IT UP SMALL. It's delicious but hard for little jaws to masticate.

Wish I had some encouraging words, but Noah was three in September and probably 60% of the time we still have to feed him. I think he just can't be bothered, he likes the food just fine, he doesn't complain, doesn't ask to get down, just doesn't pick up his own fork.
I am getting used to the three bite cycle: one for Mateo, one for me, one for Noah, and repeat.