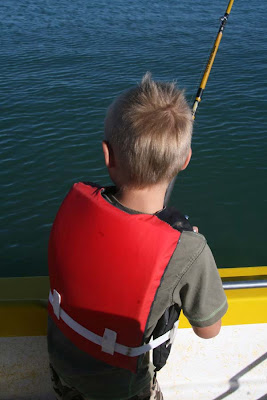 So rang the constant tune of my nephew for three days in Baja. This is what happens when you take a 6 year old deep sea fishing and he actually catches something. As long as we were eating fresh the rest of us didn’t care whose was whose, but this was vitally important information for a 6 year old boy. Puts a whole new meaning to the adage that if your kids help you cook they will be more likely to eat what comes to the table.

It’s not surprising that we ate a whole lot of fish in Baja. If Hubby or my dad had their way it would have been every single day that we ate seafood. Between meals out and our own fishing adventures we captured almost half the days.


There were the shrimp tacos at beachfront palapas restaurants that were so sweet you thought it was miniature lobsters inside the tortilla. When you risk your rental car and the wrath of a two year old who is sick of bumpy roads to check out the next beach and see the shrimp boats right there you have full confidence in the freshness of that shrimp. 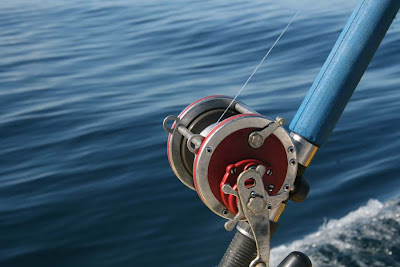 There was the grilled sierra mackerel, dorado, and tuna that you caught that day. Okay, so the boat broke down and Hubby had to drive the boat by literally holding the motor in a straight position. At least you had your fish. Although, that was iffy when the boat and the truck brought down to haul it got stuck in the sand once you finally made it back to the launch beach – and the fish was still on board. The antics of many locals and one wiry American with a winch on his truck just for this purpose finally got things sorted out and we were on our way home with our fish. 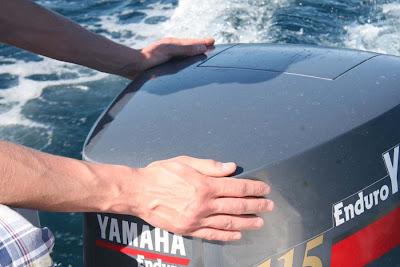 After a quick blitz of garlic, lime, and tequila we grilled filets of all three. My brother made a fantastic salsa with sweet and hot peppers, tomatoes, corn, cilantro, lime, garlic, and tequila. Halfway through dinner we had to throw more fish on the grill because between 11 people the fish was quickly disappearing. That’s okay, it meant I had leftovers to make an improvised fish taco for breakfast the next day. Can I just say that sierra mackerel is my new favourite fish? Light but full-flavoured, oily but just a bit fishy to allow you taste the ocean in every bite. 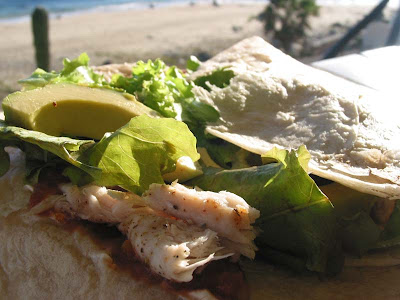 Oh, and there was the fish that Hubby caught on his two day adventure to spear fish in the rocks right in front of our place. It wasn’t the big one that almost got away, but was grabbed by a moray eel before Hubby could spear it again. Yes, I said moray eel. He was spear fishing and I was snorkeling, I saw it all. We let the eel have it. Instead, we had to settle for the 8 inch grunt that he first caught. My dad set to cleaning it for him and we grilled it whole. Tasty, but barely enough for more than a bite by the adults in our group. Not bad for two whole mornings spent with the spear... We won't discuss the attempts at surf-casting. 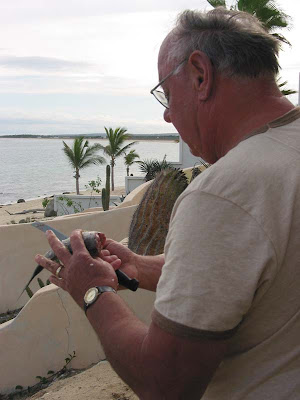 And then there was the Mexican sushi. Hubby and I went out for dinner by ourselves one night and decided to go to the palapas that had sushi. A risky venture, no doubt. There was no Japanese master behind the cooler of fresh fish, but there was wasabi. The rolls were on par with cheap ones we can get at home – fine, but not great. The sashimi of snapper, tuna, and dorado (all local) was fantastic. The fusion of the fresh fish, decently cut, with a cilantro sauce was spicy, clean, and new. With some of our remaining catch I tried to recreate the dish back at the beach house. I didn’t quite capture it, but my brother said my version was even better. 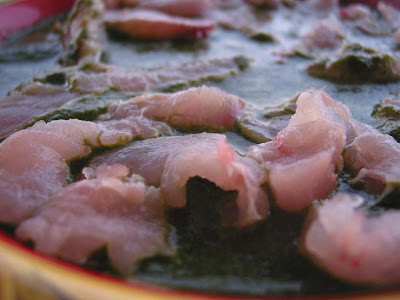 Serve this sauce with a fresh, sushi quality fish. Preferably you will cut it with a proper knife and not some crappy serrated blade that is all you can find in the rental house. Do not, however, let the fish sit in the sauce for long. There is a lot of lime in it and this will effectively cook the fish like a ceviche. We were also going to try it on some grilled fish, but it didn’t last through the raw stuff. Even my nephew was eating it. Of course, his reaction was only meh after he found out it wasn’t with the fish he caught.

1. Blitz the ingredients together in a blender.
2. Pour on to a platter, lay freshly sliced sushi quality fish on top, and serve.